Promotion List has been changed. Now instead of marks, Teachers have to mark Grades of Students in the Promotion List 2012-2013 as CCE has been introduced during 2012-2013. Teachers can download the following Model Promotion List to get an idea how to prepare promotion list. 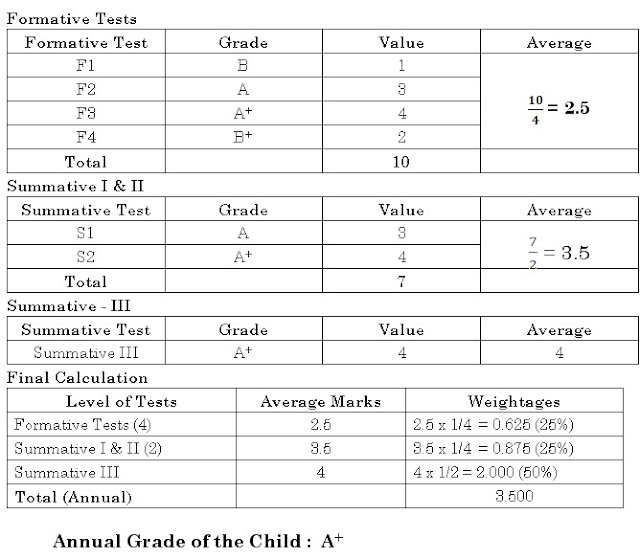 TNPSC has announced Departmental Examinations Results which were conducted in December 2012. Candidates who have attended to these examinations, can now check their Results in the official TNPSC Website by entering their Register Number.

4. Separate Government orders will be issued regarding sanction of posts for the Polytechnic.
5. The Commissioner of Technical Education, AP, Hyderabad shall take necessary action for sending necessary proposals for sanction of posts.

Engagement of 52 Resource Teachers on Contract Basis in Inclusive Education under SSA, Delhi.
Applications are invited for engagement of 52 Resource Teachers (Special Education Teachers) in Inclusive Education purely on contractual basis under SSA. The number of Resource Teachers proposed to be engaged under different categories of Children with Disabilities is as follows:
Visually Impaired=22
Hearing Impaired=14
Mentally Retarded=16
Total=52
Age as on 31.01.2013 :-
1.30 years for general candidates.
2.Relaxation of 5 years in case if SC/ST candidates.
3.Relaxation of 3 years in case of OBC candidates.
4.Relaxation for PH candidates 10 years (General) 15 Years in the case SC/ST(PH) and 13 years in the case of OBC(PH).
Tenure:-The contract will remain valid for period of one year and may be renewed on case to case basis.
Consolidated Remuneration:-15000/- per month
Mode of Selection:-
The Candidates possessing the requisite qualification may submit their applications online in the prescribed format and online category wise merit list will be prepared for the three categories

10th Class (SSC) Public Examinations will be starting from 22nd March 2013 in Andhra Pradesh for 2013. Candidates can download their SSC, 10th Class Hall Tickets from the official AP State Govt, Board of Secondary Education website http://bseap.org/

Applications are  invited under National Vocational Educational Qualification Framework  (NVEQF) Project for the posts of Applied Learning/Vocational Teachers for IT (Hardware and Networking), IT/ITeS, Automobile, Security and Retail. These posts are required on contract basis for a period of 10 months on a consolidated remuneration of Rs 25,000/ per month.

IT (Hardware and Networking): (26 posts)
IT/ITeS: (10 posts)
Automobile: (5 posts)
Security: (5 posts)
Retail: (5 posts)
Age: 18 - 40 years as on 26.03.2013. Age relaxation will be as per the instructions of Haryana Government.
The last date of submission of application  is  26.03.2013  (Up to 5.00 PM)  at NVEQF Cell, 6th Floor, Directorate of Secondary Education, Haryana, Shiksha Sadan, Sector 5, Panchkula
For further details and Application forms visit official website http://www.schooleducationharyana.gov.in

School Education – Aided – Extension of benefit of G.O.Ms.No.2 Edn.(Ser.III), dt.05.01.2009 to the Aided teachers in the State - Sanction of two notional increments to the apprenticeship period – Orders – Issued.

APPSC Has released Group 4 Group iv Rank Lists of all Districts in Andhra Pradesh. APPSC Group 4 Exam was conducted in the month of August 2012 for the Notification Number 38/2011

DIET, the most significant educational intervention in the country was established based on the recommendations of National Education Policy 1986. The sole purpose of DIET is to conduct different kinds of training programmes targeting the Elementary School Teachers among others, to improve the quality
of basic education and create a desirable environment within the district in regard to enroll more and more children of school going age and pave the way for retention of those who are admitted in the school and to ensure the high literacy percentage of male and female as whole. The Elementary Teacher Education Programme shall be of duration of two academic years.

3. In the reference 1st read above, orders were issued framing the rules relating to admission of D.Ed trainees into Elementary Teacher Training Institutes/District Institutes of Education and Training (DIET) through Common Entrance Test and subsequently certain amendments also issued.

4. In the reference 3rd read above, the Commissioner & Director of School Education, A.P. Hyderabad has submitted proposals for re-admission of certain D.Ed trainees who have dis-continued due to ill health or some private reasons and requested the Government for permission to readmission into D.Ed 1st / 2nd year courses.

5. The matter has been examined and it is observed that from the last 5 years several readmission proposals were received for readmission into D.ED courses who have discontinued due to various reasons and after considering the proposals necessary permission orders were issued by the Government to the Commissioner & Director of School Education, A.P. Hyderabad but no specific rules / guidelines were framed in this issue

6. Government after considering the issue in length in view of the welfare of D.Ed trainees, have decided to delegate powers to the Commissioner & Director of School Education, A.P. Hyderabad for grant of leave upto a maximum of one academic year in special circumstances as to deserving cases. The Commissioner
and Director of School Education, A.P. Hyderabad is requested to develop detailed guidelines in this matter and send to Government for approval.

7. The Commissioner and Director of School Education, A.P. Hyderabad, is requested to take necessary action accordingly.

Email ThisBlogThis!Share to TwitterShare to FacebookShare to Pinterest
Labels: G.O's

Students have to apply for this Scholarships online at the official website http://epassprematric.cgg.gov.in

The SSC, OSSC and SSC Vocational course Public Examinations, March, 2013 will be conducted from 22-03-2013 to 09-04-2013. The timings of the examinations are from 09-30 A.M.to 12-00 Noon.
In this connection, I am to inform you that the "Bar Coding system" is being continued for this year also in all the papers of SSC, OSSC Vocational Examinations. In this regard Comprehensive Instructions/guidelines highlighting the roles of the Chief Superintendents, the Departmental Officers and invigilators are prepared and enclosed to this letter. The instructions to the Chief Superintendents  / Invigilators are divided into Two parts.
1. Part-I deals with General Instructions for all above examinations.
2. Part-II deals with instructions to be followed under bar coding System for all subjects.
Further the instructions given to the Chief Superintendents  hold good for the Departmental Officers  as both of them have to see that the instructions are carried out  scrupulously  and conduct examinations smoothly and  peacefully. In addition to these instructions some special instructions are given to the Departmental Officers  to concentrate on certain important activities and  bestow their personal attention.
I therefore request you to follow the guidelines and instructions issued and ensure that the SSC Public Examinations March, 2013  are conducted successfully and peacefully in your center   I further inform you to preserve the above instructions as an office copy for further examinations also and for your guidance.

2)Accordingly, Government hereby appoint  Sri Pradeep Kumar Agarwal, IAS(Retd)as Pay Revision Commissioner in the rank equivalent to Chief Secretary. This appointment will be in addition to his responsibilities as Director General, National Academy of Construction.
3)The terms of reference of the Commission shall be as follows:
(i)  To evolve the principles which may govern the structure of emoluments and the conditions of service of variouscategories of employees of the State Government, Local Bodies andAided Institutions, Non-teaching staff of the Universities including Acharya N.G. Ranga Agricultural University, Jawaharlal Nehru Technological University, Work charged employees and full-time contingent employees, which have a financial bearing taking into account the total packet of benefits available to them and suggest changes therein which may be desirable and feasible;
The Commission however shall, not deal with the teaching staff in Government Colleges and Government Aided Private Colleges drawing UGC/AICTE and ICAR scales. The Commission shall also not deal with
the officers of A.P. State Higher Judicial Service and A.P. State Judicial Service who are drawing Pay Scales as recommended by the First National Judicial Pay Commission
ii)To examine as to what extent the existing DA may bemerged in pay and, to evolve consequent new set of pay scales merging DA therein and to suggest the mode of fixation of pay in the Revised Pay Scales.
iii) To study the Automatic Advancement Scheme as modified from time to time keeping in view the anomalies that have arisen during the implementation of the said scheme and also to examine whether the
said scheme should continue in its present form and to make the recommendations in this regard.

iv)  To examine the need for various Special Pays, Compensatory and various other Allowances and other perquisites in cash or kind now allowed and to make recommendations regarding their continuance or
otherwise and if continuance is recommended what modifications, if any are deemed, desirable with regard totheir rates, terms and other conditions which should govern them in future.
v) To examine and review the existing pension structure for pensioners, and make recommendations which may be desirable and feasible.
(vi)To examine the recommendations of the OMC constituted vide G.O.Ms.No.142, G.A. (Spl.A) Department, dated:07.03.2012.
vii)Review of the existing human resources of all departments in tune with the contemporary requirements including contract/outsourcing personnel.
viii)To give its recommendations on any other matter referred to it by the State Government during the tenure of its office
ix)In formulating its recommendations, the Commission  shall take into account the overall financial position of the State.
4.The Pay Revision Commission may lay down its own procedure for receiving representations, examining witnesses and calling for information. The Departments of Secretariat and Heads of Departments shall furnish all necessary information as and when required by the Pay Revision Commission and extend such co-operation and assistance as may be required by him.
5. The Pay Revision Commission will ordinarily function from Hyderabad, but may tour within or outside, the State, if necessary.
6. The Pay Revision Commissioner will submit his report to the Government within a period of one year from the date of assumption of charge.
Download/Print Full G.O Copy