A.    The Scheme, which was originally launched with effect from  05-12-2013, shall be implemented with all the following  modifications,  in a full-fledged manner, with immediate effect. Health cards to all the remaining beneficiaries shall be issued immediately.

B.  In the first phase the following categories of beneficiaries will be covered.
a) Serving employees:
(i)  All regular State Government Employees, as defined under the
Fundamental Rules (FR), including Provincialised work  charged
employees; and
(ii)  Provincialised employees of Local Bodies
b)     Retired employees:
(i)    All Service Pensioners;
(ii)    Family pensioners and;
(iii)       Re-employed service pensioners

The Employees / Pensioners health cards shall be seeded with Aadhar data, which shall be the basis for Biometric identification under Employees Health Scheme


2.  Consequent on reorganization of Andhra Pradesh, Government have reviewed the implementation of the Employees Health Scheme and has decided that out patient treatment for chronic  diseases, including consultation, medicines and diagnostics shall be provided in the notified Government Hospitals and the expenditure on this would be met from within 15% of the total estimated annual budget of Rs.220 crores. 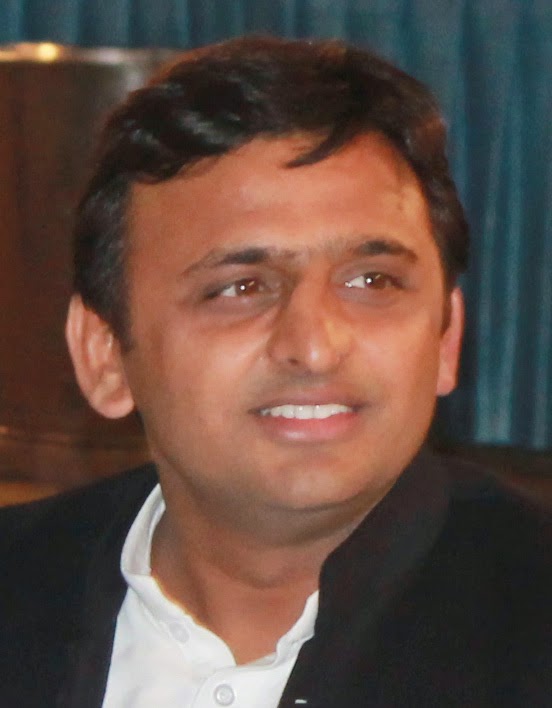 Samajwadi Pension Yojana beneficiaries List is released by the govt of UP. Check the official website for updates regarding this scheme.

The Andhra Pradesh Re-organisation Act, 2014 (Central Act No.6 of 2014)
ORDER :
Whereas, by section 101 of the Andhra Pradesh Reorganisation Act, 2014, the appropriate Government i.e. the State of Telangana is empowered by order, to make such adaptations and modifications of any law made before 02.06.2014, whether by way of repeal or amendment as may be necessary or expedient, for the purpose of facilitating the application of such law in the State of Telangana, before expiration of two years from 02.06.2014; and thereupon every such law shall have effect subject to the adaptation and modifications so made until altered, repealed or amended by a competent Legislature or other Competent Authority;
2. And whereas, it has become necessary to adapt and modify the Andhra Pradesh Intermediate Education Act, 1971 (Act No.2 of 1971) in force as on 01.06.2014 for the purpose of facilitating its application in relation to the State of Telangana;
3. Accordingly, the following Notification will be published in Part IV-B of Extra-ordinary Gazette of Telangana State:
NOTIFICATION
In exercise of powers conferred by section 101 of the Andhra Pradesh Reorganisation Act, 2014 (Central Act No.6 of 2014), the Government of Telangana hereby makes the following order, namely:-
1. (1) This order may be called the Andhra Pradesh Intermediate Education Act (Telangana Adaptation) Order, 2014.
(2) It shall be deemed to have come into force with effect from 02.06.2014.
2. The Andhra Pradesh General Clauses Act, 1891 (Act No.1 of 1891), applies for the interpretation of this Order as it applies for the interpretation of a State Act.
3. In the Andhra Pradesh Intermediate Education Act, 1971(herein after referred to as the Principal Act) throughout, for the words "Andhra Pradesh", the word "Telangana" shall be substituted

TNPSC Group 4 Counselling Schedule for Junior Assistant, Typist, Steno Typist will be held from 29th October 2014 to 1st November 2014. General Category Counselling will be held on 30.10.2014, 31.10.2014 and on 01.11.2014. Written examination was held on the 25th of August 2013 for these vacancies. Candidates who are going to appear for the counselling can download the counselling schedule from the official TNPSC website which is http://www.tnpsc.gov.in/

Email ThisBlogThis!Share to TwitterShare to FacebookShare to Pinterest
Labels: Tamilnadu

Date from which payable: 1st January 2014
Rate of Dearness Allowance (per month): 100 per cent of Pay plus Grade Pay

Govt of Punjab, Department of School Education has issued notification for the recruitment of Principals, Head Masters Lecturers, Masters/Mistresses for RMSA Model Schools and Adarsh Schools spread in Punjab. SSA, Punjab has published the list of candidates selected for the post of Principals, Head Masters Lecturers, Masters for the RMSA upgraded schools of Punjab. Post Graduate Teacher/Trained Graduate Teachers merit list for the Adarsh Schools has also been published. Candidates who have been shortlisted in the final selection/merit lists can download the selection list from the official SSA Punjab website.

Telangana Food Security Card (Aahara Bhadratha Card) will be issued in place of old ration cards in all the 10 districts of Telangana namely Adilabad, Hyderabad, Karimnagar, Khammam, Mahabubnagar, Medak, Nalgonda, Nizamabad, Rangareddy, and Warangal. Huge response has been recorded in all these 10 districts of Telangana for the Food Security Card (TSFSC). About 2 lack applications has been received by the revenue department only in the Karimnagar District.


State govt of Telangana will use the data which has been collected during the Telangana house hold Survey which was conducted on the 19th of August 2014. As said in their election manifesto, the TRS govt is providing all facilities to the actual beneficiaries and terminating bogus ration cards.

Email ThisBlogThis!Share to TwitterShare to FacebookShare to Pinterest
Labels: Telangana 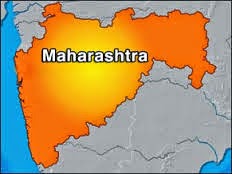 NEGOTIABLE INSTRUMENTS ACT, 1881. No.PHD.11141C.R.343/20141XXIX.-
In exercise of the powers entrusted to the Government of Maharashtra by the Government of India,
Ministry of Home Affairs vide its Notification No.39/1/68/Judl-III, dated the 8th May 1968 under
section 25 of  the Negotiable Instruments Act,1881 (XXVI of 1881), the Government of Maharashtra
hereby declares as a Public Holiday in the State, on the day of Polling i.e. Wednesday, 15th October
2014 for the General Assembly Elections.
The Departments of Mantralaya are requested to bring these instructions to the notice of the Corporations/Undertakings and Semi-Government bodies under their administrative control and advise them to extend the facility to the employees.

(Note: It is not yet cleared whether paid holiday is observed on the polling day, employees of various factories/companies have to consult their heads of the departments before acting on the information presented here)
at October 11, 2014 No comments:

7. Government also hereby order the revision of rates of Dearness Relief sanctioned in G.O.Ms.No.4 Law (Law & J-SC.F) Department dated 06.01.2011 to the Pensioners who drawing pension as per Justice E.Padmanabhan Committee report from 100%to 107%with effect from 01.07.2014.

The arrears of the Revised Dearness Relief to Pensioners shall be paid along with the pension of October, 2014 payable on 1stNovember, 2014


3. Government also hereby order the revision of Dearness Allowance rates in respect of State Government employees drawing the Revised U.G.C Pay Scales, 2006, from 100%to 107%of the
basic pay with effect from 1st July, 2014.

The above rate of Dearness Allowance is also applicable to:
(i) The Teaching and Non-Teaching staff of Government and Aided Affiliated Degree Colleges who are drawing pay in the Revised U.G.C Pay Scales, 2006.

The above Dearness Allowance rate is also applicable to:
(i) the Teaching and Non-Teaching staff of Government and Aided Affiliated Degree Colleges who are drawing pay in the Revised U.G.C Pay Scales, 1996.

Email ThisBlogThis!Share to TwitterShare to FacebookShare to Pinterest
Labels: MP


Guidelines regarding submission of Application for Registration

NOTIFICATION
In partial modification of the orders issued in G.O.Rt.No.5236, General Administration (Poll.A) Department, dated 29.11.2013, notifying the General Holidays and Optional Holidays, the Government hereby declare 06.10.2014 (Monday) as General Holiday on the occasion of Bakrid instead of 05.10.2014 (Sunday), and 14.10.2014(Tuesday) as Optional Holiday on the occasion of EidE-Gadeerinstead of 13.10.2014 (Monday) declared earlier

MA&UD Department – Supply of potable water of 20 liters for Rs.2.00 to each household in the Slum areas / habitations of the Urban Local Bodies in the State under “NTR Sujala Pathakam”– Guidelines – Issued

Government have taken a policy decision, with a view to reduce the incidence of water borne diseases, in the slum / habitations areas of the Urban Local Bodies in the State, by providing potable water of 20 ltrs for Rs.2.00 to each household in the Urban Slum / Habitations areas under the banner of “NTR Sujala Pathakam”.

2. In the G.O.1st read above, Government have constituted Group of Ministers to finalize the modalities for the proposed Scheme.

3. According to the decision of Cabinet Sub-Committee, a Technical Expert Committee has been constituted to go into various aspects for supply of safe potable water in a can of 20 liters for Rs.2.00 to be supplied to each household under the scheme “NTR Sujala Pathakam” vide G.O.2nd
read above.

4. Based on the recommendations of the Technical Expert Committee, orders were issued framing the guidelines for implementation of “NTR Sujala Pathakam” in rural areas vide G.O. 3rd read above.

5. The Commissioner & Director of Municipal Administration, GoAP, Hyderabad in her
letter 4th read above has submitted proposals for supply of safe potable water in a can of 20 liters for Rs.2.00 to be supplied to each household in the Urban Slum / Habitations areas under the banner of “NTR Sujala Pathakam” and requested the Government to issue necessary orders.

6. Government after careful examination of the matter and as per the deliberations recommended by the Technical Expert Committee hereby order that the Municipal Councils of all Urban Local Bodies of Andhra Pradesh to follow the guidelines as noted below:-

Implementation Schedule:
9. Since the Government have decided to launch the programme from 2nd October, 2014 and ULBs may cover in a phased manner, all the habitations/slum areas where there is deficiency of potable water as per the targets fixed in Annexure-II. The capacity and number of plants will be based on the population of the slum. Per capita supply is to be taken at 5 ltrs per person. The water will be supplied either in their 20 ltrs can or 10/12 ltrs can @ Rs.2/- per 20 Ltrs, as per the convenience of the slum dwellers / people. During first phase preference to be given to the slums, where buildings with electricity are available.

10. All the Commissioners of Urban Local Bodies in the State shall follow the guidelines
scrupulously in coordination with the District Collector concerned, for doing the preparatory works for “NTR Sujala Pathakam’’ to be launched from 2nd October, 2014.

Village Assistants and Temporary employees will get Rs100. DA arrears will be credited to the employees GPF/ZPPF accounts from 1st July 2014. Cash will be paid from October 2014 salaries which will be paid on the 1st of Novermber 2014. Govt will soon issue G.O for the increase of DA with in few days.
at October 02, 2014 No comments:

On 2nd October we are launching Swachh Bharat Mission, a massive mass movement, that seeks to create a Clean India. Cleanliness was very close to Mahatma Gandhi’s heart. A clean India is the best tribute we can pay to Bapu when we celebrate his 150th birth anniversary in 2019. Mahatma Gandhi devoted his life so that India attains ‘Swarajya’. Now the time has come to devote ourselves towards ‘Swachchhata’ (cleanliness) of our motherland.

I urge every one of you to devote at least hundred hours every year, that is two hours every week towards cleanliness. We can’t let India remain unclean any longer. On 2nd October I myself will set out with a broom and contribute towards this pious task.

Today, I appeal to everyone, particularly political and religious leadership, mayors, sarpanchs and captains of industry to plan and wholeheartedly engage in the task of cleaning your homes, work places, villages, cities and surroundings. I request your active support and participation in our collective quest to make a Swachh Bharat.”

O R D E R:
Government hereby order the revision of Dearness Allowance (DA) sanctioned in the Government Order 27th read above to the employees of Government of Telangana from 71.904% of the basic pay to 77.896% of basic pay from 1st July, 2014.

2. The Dearness Allowance sanctioned in the above para shall also be payable to:


3.    Government also hereby order the revision of Dearness Allowance rates in respect of State Government employees drawing the Revised U.G.C Pay Scales, 2006, from 100% to 107% of the basic pay with effect from 1st July, 2014.